Renishaw will be exhibiting its range of advanced engineering technologies at Southern Manufacturing 2013, in Farnborough, UK from 13 – 14 February 2013.

Renishaw will be exhibiting its range of advanced engineering technologies at Southern Manufacturing 2013, in Farnborough, UK from 13 – 14 February 2013.

On show will be Renishaw's versatile gauge, Equator™, which rapidly collects thousands of data points, which enables the comparative measurement of high volume manufactured parts. The Equator can switch between parts in seconds, perfect for flexible manufacturing processes or accepting parts from multiple machines.

Also on show will be the AM250 laser melting system, which uses a pioneering additive manufacturing process that is capable of producing fully dense metal parts direct from 3D CAD, using a high-powered fibre laser. Parts are built from a range of fine metal powders that are fully melted in a tightly controlled atmosphere, in layer thicknesses ranging from 20 to 100 microns. 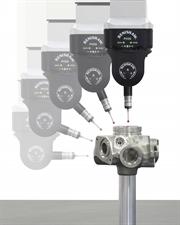 Also appearing at the show will be Renishaw's new XR20-W rotary axis calibration system, which works with the market leading XL-80 laser interferometer system to allow the measurement of rotary axis positional accuracy to within 1 arc second. Totally wireless operation and modular mounting systems ensure suitability for a wide range of machines.