Appointment and change of role of Non-executive Directors

Renishaw announce the appointment of Carol Chesney BA FCA as a non-executive director with effect from 19 October 2012.

I am pleased to announce the appointment of Carol Chesney BA FCA as a non-executive director with effect from 19 October 2012. 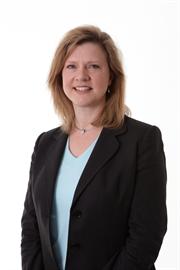 Carol (age 49) trained and qualified as a chartered accountant with Arthur Andersen and has been Company Secretary of Halma plc since 1998, having previously been the Group Financial Controller, joining the company in 1995. Halma is a strongly cash generative, acquisitive and profitable manufacturing (c. FTSE 150) group with products primarily used in safety, health and environmental technologies.

Carol takes over as Chair of the Audit Committee from Terry Garthwaite who, along with David Snowden, steps down from the board at the Company's AGM on 18 October 2012. Carol will also sit on the Remuneration Committee and Nomination Committee.

I am delighted to welcome Carol Chesney to the Board. With her extensive experience in industry in finance and company secretarial functions, Carol will be a valuable addition to the Company's resources at board level.

I am also pleased to announce that David Grant, an existing non-executive director of the Company, is appointed to the Chair of the Remuneration Committee with effect from 19 October 2012.

Finally, I am grateful for the advice and guidance provided to the Board by Terry Garthwaite and David Snowden during their appointments as non-executive directors and Chairs of the Audit and Remuneration Committees respectively, and we wish them well in the future.